Gov. Andrew Cuomo’s glassy subway station makeovers are hitting Brooklyn — and they come with lengthy closures. Six-month shutdowns will begin on Monday at the first of at least 30 stations set for design overhauls that Cuomo announced last January.The first three stations on tap — 53rd Street, Bay Ridge Avenue and Prospect Avenue — are each 102 years old. Their renovations will bring new architectural flourishes, like canopies over station entrances and new granite tiling.Painted metal cages flanking turnstiles will be replaced with glass barriers. Digital wayfinding screens will be installed at street level and LED lighting will brighten the mezzanines and platforms below.“These first three stations to be renovated represent the start of a new age for our subway system,” said MTA Interim Executive Director Ronnie Hakim. “By using the design-build method, we are putting the onus on one contractor to get the work done seamlessly and on time.”

The three station makeovers will come at $72 million, led by a joint venture between the Citnalta Construction and Forte Construction corporations.

“The emphasis is on giving them complete access to the stations and the ability to get in, get done and get out as quickly as possible,” Hakim continued.

Oh me oh my, the people, especially the working poor people remaining in Brooklyn that are precariously living from check to check with the breath of the gentrifying vultures and denizens down their necks, are about to get their daily commutes and routines totally wrecked. Thanks to the supposed skills and faint influence of Mario’s Son’s ability to get things done on schedule. For he is still under the delusion of an effective politician because of his fast tracking to get the overtly elaborate 2nd Avenue subway line and modern art gallery done by New Year’s Day for his lame party.

What struck me about this plan is not the superfluous and unnecessary modern designs and ridiculous expense going into just 3 stations on the very long R line and the selective choice of just these three first when all it needs is just a once over scrub down and obviously new platforms (is this the first phase of his VitalBrooklyn fait accompli, which the announcement of these improvements actually are according to the area councilman). The thing that hit me like a punch in the nuts is the plan to use one contractor for each stop. Which is the same method being used for the pre-climate change glacial or larch tree growing process of the renovation of the Lefferts Blvd train station. 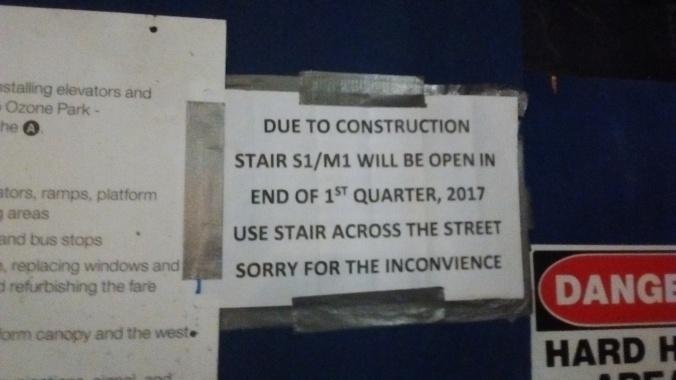 Which according to the sign above, is scheduled to be done at the end of the “first quarter” 2017. Not only does this type of dating is as antiquated as a deadline by King Arthur to rid a village of dragons, but it’s ambiguity is quite lame. Well, the end would be March 31st, which this Friday. Here’s how it looked a few days ago: 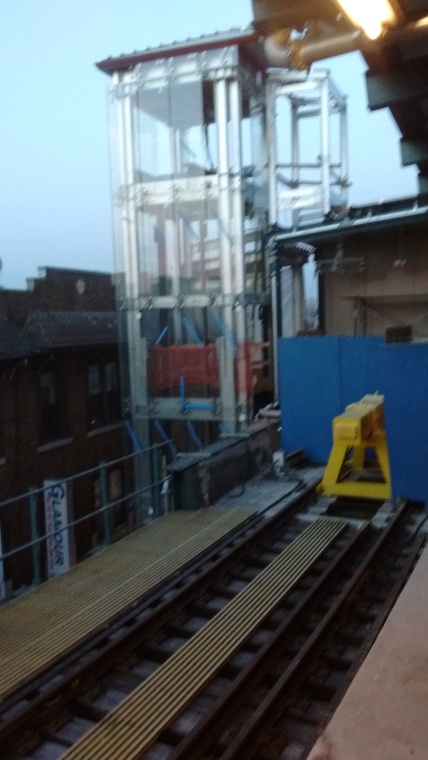 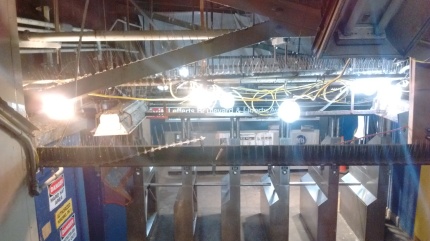 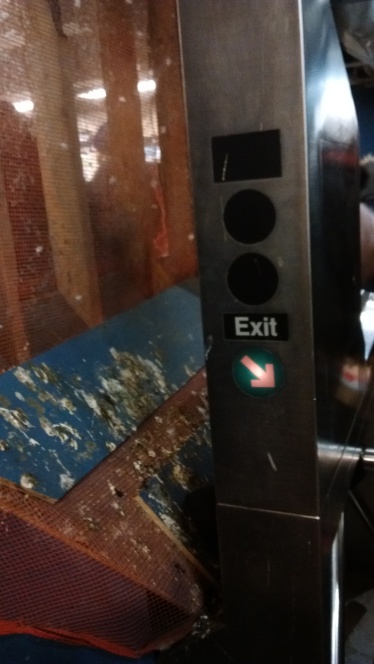 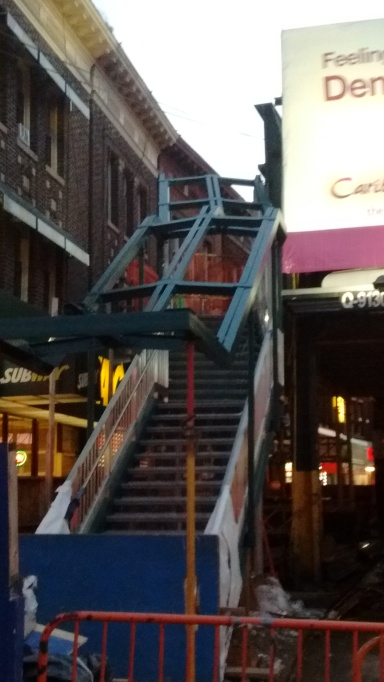 How on this planet or on what astral plane will this be done in 5 days.

Here is the “one” contractor tasked with this continuing 2 year mission: 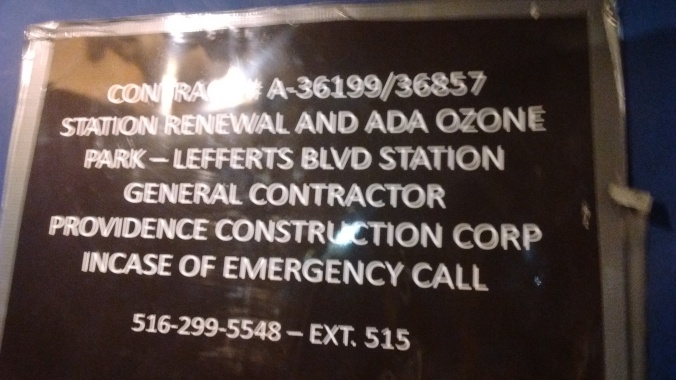 The reasons for this delay are many, which mostly hinge on economical, racial and cultural makeup and demographics of the vicinity. And the lack of hipster sightings like coffee shops (not even a Starbucks) and cupcake stores, bespoke and thrift clothing shops. And with his recent decision to give a few stations in Brooklyn a long overdue makeover with a pretty sheen, and the ominous threat of federal transportation budget cuts by Figurehead Trump, this transportation hub, one of the biggest and most used in the 5 boroughs, will continue to get fucked over and neglected by our oblivious governor. So consider this a stern warning and prophecy.

But being that those stations are in Brooklyn, once mostly a working class borough now the biggest fucking marketing brand in the world, and after Andy’s 2nd avenue dubious achievement, it might actually get done on schedule. Or maybe not. Considering that the  Gentrification Industrial Complex of government and real estate are not done remaking the borough into some upscale member high rent globalization theme park, and that will only be achieved by vexing the communities with massive inconvenience like turning their lives upside down for half a year by forcing them to new commutes and bus transfers. For that area has seen a lot of new transients lately and a lot of new commercial ventures involving tech companies and lucrative though mediocre entertainment and event planning. Transients will be able to work it out, because they have various driver apps to get to their preferred destinations. This will probably lead to more Shitibike dock installations by those stops too.

But of course if those plans don’t pan out, they should expect a massive delay that will extend to the next year. Unless Andy is planning a grand opening party on the Bay Ridge Ave. Stop with craft beers and folk/edm music.

Hang in there working people of the former borough of Brooklyn, it’s going to good wait. But it would be better if there was at least a proverbial bumpy ride.