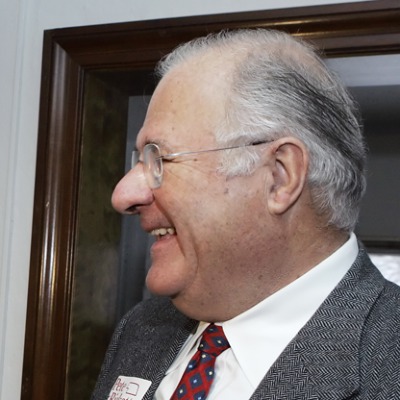 Joe Ricketts, enemy of the free press, unions and the pursuit of happiness.

On November 2nd 2017, the fourth estate got nuked when Joe Ricketts, whose net worth is 2.1 billion dollars, decided to abruptly and without warning to his employees shut down his news sites DNA info and Gothamist, the latter site he bought only 8 months ago, including it’s archives.

In one fell swoop, Joe made the pioneering scumbag act of destroying the free press and labor relations, two American institutions and beacons of  individual civil rights at the same time. A savage act that will probably stoke fear into pressrooms into the way reporting is done and effect editorial and journalistic content and burden workers with more stress and intimidation if they even think of demanding a raise for their efficiency and efforts.

Even though in his letter he extols the sites impacts and success in informing the viewing public and on society in general he cited and the massive audience it reached. He finishes his fuzzy treatise of his media ventures inability to be a successful business without stating the reason for it’s difficulty to sustain despite all the success he stated in the first paragraphs.

It isn’t like the news is lacking these days. In the age of Figurehead Trump and with the easy availability to catch up with the ubiquity of screened cellphones, email subscriptions and social media platforms like Facefuck, people are actually more tuned in than ever to news of the minute. The absurdity of the news not being profitable is bald on it’s face. Because the fucking news never stops.

DNA info and Gothamist were two of the most popular sites out there, being that they were based in major metropolises. DNA had New York and Chicago, where the Ricketts family are based, being that Joe and his family own and run the Cubs, and Gothamist had other divisions also in Chicago and Washington, D.C., San Francisco, Los Angelas and even Shanghai.

So what happened. Well, the writers voted to unionize. And owners don’t like that shit. Particularly the subject of this post, Hangman Joe. But the quickness that Joe nipped this in the bud should be cause for nationwide alarm and state of emergency for journalism and any worker yearning for a living wage.

But the focus here is on, of course, the fourth estate. For Joe here committed two acts of evil and a craven display of defiant hypocrisy. By destroying two news sources that he purported to support just so he can avoid to pay a little more money to his workers and the fact that he had no problem sharing the wealth when it came to donating to the Irrelevant President’s volatile campaign last year and paying the massive salaries of his ball players. And also to continue franchising the bank he owns, TD Ameritrade, really there are as many TD banks as there are Dunkin’ Donuts.

Though ultimately, this was a blow to the right to report and to be informed. For these sites were very essential in recent stories on their sites on the effects of gentrification and other civic issues. And he did this a week before election day, when these sites would have been helpful to constituents to read up on the candidates and their policies and promises and most importantly, their prior transgressions.

DNA info was pretty good. Gothamist, though, was lousy 90 % of the time with their focus on the idiotic “foodie” and other pandering to the hipster zeitgeist. And also their maligning of the town and community of Maspeth, Queens in their protests against a hotel becoming a makeshift homeless shelter, which opened up a citywide interest story on de Faustio’s and DHS’s handling of the homeless crisis as reported later by DNAinfo (links not available). And their constant journovertising of Saturday Night Live, a consistently unfunny sketch corpse of a show that should have ended 20 years ago, despite the mega talent of Kate McKinnon. Although it’s noteworthy that they did come up with the term manspreading and their daily reporting on the worst transit system in the fucking universe was second to none and the sole reason why I still checked the site out. (With this blackout, my next assault on MTA malaise will be delayed now that the links are gone)

But here is the point, despite my loathing and disrespect for Gothamist, I no way condone the obliteration of the site and certainly support their right to collectively bargain for better pay and stability.

And it’s possible that intimidation may have also been a factor in this annihilation of the free press, for Trump made a veiled threat last year on the campaign trail against Joe and his family. For Gothamist was on the forefront of the Trump bashing parade. And we all know what a dish-it-out-but-can’t-take-it snowflake the dotard can be.

But all is not lost, for Gothamist is back in blog form and Joe’s harikari of his digital publications is getting massive collective condemnation. I suggest to the folks remaining at Gothamist to go balls out and tear down the walls of Joe Ricketts and the billionaire class who are not only busy trying to hoard all the money in the nation’s budget but are dead set on keeping every American, young and old, poor and not as rich as them  uninformed. Ensuring the power and stature of the oligarchy is never questioned.

Words are infinite and free you rich boss dummy. And more profitable and worthy than you and your billionaire fascists who subscribe to your same backward selfish beliefs will ever be. Which is why you want to shut it down, obviously.

This is the real treason going on right now. And Joe just awoken a sleeping fucking mighty pissed off giant.