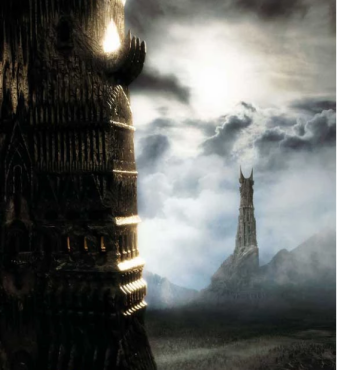 Renditions of most recent “design build” phase of the tower prisons in the Bronx, Queens, Brooklyn and Manhattan

The votes are in and the ground breaking will commence pretty soon for the four tower prisons in four boroughs of NYC. 8.7 billion dollars will be set aside to build these monstrosities in about 7 years so the isolated prisons and jails on Rikers Island will be summarily shut down.

This is what the citizens of the four boroughs were told by our elected know-better know-it-all’s in NYC City Council who cast their votes for it, their leader and Speaker Corey Johnson and that notoriously lazy big-footin’ Mayor de Blasio. Cojo guaranteed us that what will bring forth with these four majestic tower penitentiaries will be a more humane system as de Blasio followed him up by declaring the end of mass incarceration in this city.

So what these imbeciles claim is that buildings are the reason that the prison system is inherently damaged and not the debilitating conditions, shoddy services and perpetual continuance of crime among hardened violent prisoners along with corrections officers enabling indifference and abuse of authority inside of them that has festered in the past 80 years since Rikers was born. Supposedly, all of these factors are going to just disappear once convicts are transferred to a building with floors that resemble walking into a WeWork office.

How your city got to this “gamechanger” decision really took a lot of effort to get the result they wanted and will induce these towers on it’s citizens and future citizens of the neighborhoods of Kew Gardens, Mott Haven, Boerum Hill, and Chinatown. And it was all done with nasty machinating as de Blasio’s offices and minion aides stooped to the lowest levels of government obfuscation and secrecy to get this abomination plan passed. Like how former spokesman Eric Phillips kicked out a Patch reporter Maya Kaufman for trying to cover a community board hearing in Kew Gardens back in early March even though some other journalists were allowed to take notes inside. Ms. Kaufman also pointed out that the city was utilizing a cadre of individuals (or in this case , a pogrom) called Neighborhood Advisory Committees used to push the four tower prisons to provide optics of community participation as they were keeping the press out and minimizing dissent from actual residents of the neighborhoods they were pushing the towers on.

There was also the vile power moving made by the Boerum Hill district council member Stephen Levin, who during a closed door hearing involving government service effecting taxpayers threw up a member deference stipulation for other council members to follow regarding the land use rules of the districts where the towers were going in. So Levin was passively aggressively ordering his fellow elected colleagues to vote the way Karen Koslowitz of Kew Gardens, Margaret Chin of Chinatown and Diana Alaya of Mott Haven will vote. This was followed by the one public hearing for all four tower prisons that the city scheduled on the first days of school and also the diabolical way the city used the cops to prevent the public to attend by locking them outside for hours after the hearing commenced.

To top off the honest grafting inspired inducing of the tower prisons in those four towns, that went to the master machinator himself, Mayor Bill de Bastard (even though those four council members were going to vote for it anyway!). In the days leading up to the certain city council approval, de Blasio went into beast mode and offered honey glazed bribery carrots like affordable housing in Mott Haven, a community center, restoration of a park statue and even small business protections in Chinatown (so that’s what you gotta do to operate a small business in this town now) and a spanking total of eight more cops for Kew Gardens.

Besides the banana republic planning that went behind the effort to come to this horrid decision to shut down Rikers, the logic and the justifications behind this multi-billion dollar plan also doesn’t make a whit of sense at all. These tower prisons are supposed to be about 18 to 27 stories high (according to current estimates after the city promised to cut down some floors to “appease” some council members who have yet to deferred the four council members of the four borough apocalypse) yet they are described as smaller. They are projected to hold about 880 convicts in each one, provided that the crime rate continues to go down that there will only need to house 3,300 prisoners. All this is based on blind faith and guesstimating.

And the biggest question about these towers and the Rikers shutdown is what mass incarceration? Crime has been going down for over 20 years. They are looking at these monoliths to hold only 3,300 while Rikers currently houses 7,000 even has the crime rates remain comparably low to the 1970’s and 80’s but has remained stagnant in the last 10 years with gradual rises in serious offenses like rape, murder, assault, larceny and battery in just this year alone.

As for Dancing Cojo’s boast, it seems that besides the big windfall cash cow the developers will get from this gift from our representatives, another reason seems to be for these people to grandstand about being the first city to do this. At the expense of neighborhoods were the towers will be built and the communities they disrespected and undermined. And will eventually disenfranchise. But it doesn’t matter to all the term-limited council members who voted for the tower prisons and the core four council members who don’t live even a mile away from the monoliths they approved. Notably East Harlem resident Council Member Ayala who doesn’t even live in the same borough as Mott Haven, a town heralded to be the next Williamsburg!

Even though the four tower prisons is a go, it still doesn’t mean Rikers will get shut down. Even after the Blaz, Cojo and city council held a ludicrous hearing voting to ensure that no new jails would be built on the island ever again so they can preemptively stop the next mayor or council members to decide to expand building facilities on the island whoever they may be. Although with Dancing Cojo running and being favored to win it’s a wonder why they all bothered since he’s all for this. Because it all depends on what the future of the city will be like and currently it’s not looking good especially with how violent this October has been since they voted for the four towers to rise. And isn’t it interesting that these prisons have to be towers. It’s as if it has to be commensurate with all the other behemoth tower pestilence hyperdevelopment that has engulfed this city like festering weeds of glass and steel.

Another bothersome thing about these tower jails that will rise casting foreboding shadows on the towns is the nagging omission of the fifth borough Staten Island and why it’s exempt from having a tower there if it’s all about the humane mission of keeping prisoners close to their neighborhoods. Because according to the Corrections Officers Union head Elias Husmadeen, 13% of the inmates on Rikers are from S.I.. If you calculate it, that’s about maybe 800 prisoners, which would be sufficient enough to house in a 20 story building.

But being that these tower prisons will be under a “design build” program, the developer contracted to build them (which is Tishman Properties affiliate AECOM) can just make it up as they go along and will eventually add more stories to commensurate with any spontaneous rises in serious crimes. It actually might take longer as Rikers will continue to be a horrific place and will certainly get worse and more crowded.

We can go on and on and on and on about what this 8.7 billion could have obviously went to besides “more humane” tower prisons. Improving humane living conditions in public housing buildings and homeless shelters, both of which will be continued to be deterred for another 6 fucking years by this goddamn city.

de Blasio also spoke of redemption about closing Rikers, in fact Mayor Repetition said the word 3 fucking times, as if redemption comes with denying the wills and rights of the constituents of Mott Haven, Kew Gardens, Chinatown and Boerum Hill who universally did not want these towers in their neighborhoods casting ominous shadows over them. But after he shows up at the ceremonial groundbreaking of the first tower prison, he’ll be long gone as that one and the three others get built in the unfortunate four neighborhoods which will become blighted with more traffic from street obstructing bollards for the machinery and environmental damaging conditions from the noise and soot from the construction of the prison towers. Which will be overseen by the next sap to get the keys to City Hall. And if it is Mayor Cojo, he’s not going to be dancing and leaping that much when all these utopian visions put forth by these tower prisons won’t pan out like he and the other city council clowns who voted for this shit all hoped it would (or hopefully not at all, for his defiance of the public’s rejection should end his political career).

Till then fellow citizens of New York, send your thoughts and prayers in solidarity to the towns of Kew Gardens, Mott Haven, Boerum Hill and Chinatown. Because if these towers aren’t sufficient to hold a growing prison population or even if more people get caught up in some shit while awaiting trial (say, from protesting), then the future city will suddenly need to find another town to build another humane tower prison.