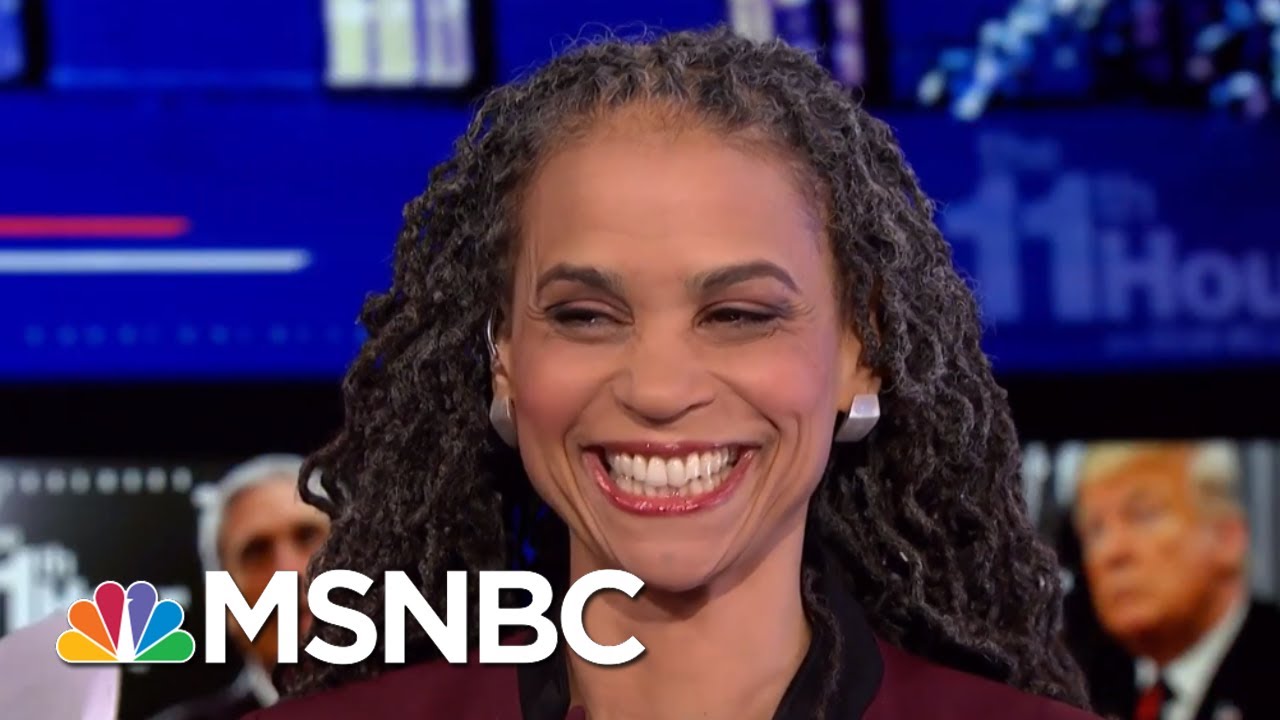 With under a year to go for the five boroughs to be finally rid of Mayor William de Blasio Wilhelm, the Democrat Primary for the next election is getting mighty crowded and will get even more in the next few months. As expected, all of them don’t really stand out including top tier candidates like Comptroller Scott Stringer and Brooklyn Borough President Eric Adams, although the latter likes to remind everyone how much bank he gots. But one vibrant lady running for hizzoner does stand out and she’s making moves and literally has no shame in her game.

But rival mayoral campaigns—competing for votes in the June 22, 2021 Democratic primary election—are expressing outrage that the liberal-leaning cable outlet continues to feature Wiley and tout her candidacy in frequent on-air appearances, including a nearly seven-minute-long Morning Joe segment that amounted to a Wiley for Mayor campaign commercial.

Several political operatives for rival candidates told The Daily Beast on Friday that MSNBC’s Wiley bookings—at least eight since she announced, including two this past Wednesday on Ari Melber’s and Brian Williams’ programs—smack of unfairness, especially because many New York City primary voters are likely also to be MSNBC viewers.

“You’d think MSNBC would be required to have all of us on,” said a rival candidate who spoke on condition of not being named. “I thought there was some rule about fairness, or am I wrong?”

“We’ve reached out to multiple [MSNBC] producers [to complain] and haven’t heard back, which is unusual since these are people who are otherwise responsive,” said a political operative for a leading rival campaign who asked not to be further identified. “[Wiley] ceremoniously quit in the summer when she was preparing to run, and it’s just strange, so obvious to see how she’s on now and talking about her campaign, not just legal analysis.”

The issue really isn’t so strange. To start, MSNBC has evidently stylized themselves as the news network of the new (neoliberal) left for about a few decades and since the beginning of 2020 have been acting as a media surrogate propping up the presidential campaign of Joe Biden, leading to his eventual victory over Donald Trump. So it’s not a surprise they would like to prop up their hardly known in house political gadfly in their employ despite how seriously unethical it is.

As for Maya Wiley, the fact that she remains on Comcast/NBC’s cable news payroll is actually expected of someone like her. As every citizen of NYC knows now (and this goes for what’s left of his base), de Blasio is the most corrupt mayor this city has seen since the bad old days of Tammany Hall nearly 2 centuries again, with most of his egregious tactics and actions committed at the start of his first term and Ms. Wiley was right there with him on day one when he appointed her as one of the city’s lawyers.

It didn’t take long for her to make an impact in the Blaz Administration. During the first couple of years in City Hall, de Blasio decided that in order to fulfill his boisterous promise to end the tale of two cities he cited at his inauguration there needed to be political action fund to raise money to get programs going to make it one called the Campaign For One New York, even though there was already a fundraising pot in the building called the Mayor’s Fund to Advance New York City (which the Blaz put his tax boondoggle wife in charge of).

This is where the wily Miss Wiley comes in, because she was there to write up the legalese to fund CONY to keep the 501 c 4 PAC flowing with continuous contributions from the Blaz’s donors, most of those who already funded his mayoral campaign and illicit straw donors. What she did was come up with jargon that resembles the “corporations are persons” edict in the Scotus Citizens United decision by labeling these donors and their lobbyists who were able to access meetings regarding city services as “agents of the city”. The Blaz and his closest aides took that jargon and ran a pay to play system using the  meant to fund affordable housing and pre-k schooling for about a couple of years. The quid PAC quo also was utilized to launder funds into upstate New York senate races to two Democrat candidates that wound up losing anyway.

As investigations started heating up around the CONY 501 c 4 PAC, the Blaz abruptly ended it and claimed that the fund already achieved the agendas they were set for. Which is half right in a way; Pre-K wound up expanding and turned out to be a mild success but the affordable housing turned up woefully inadequate and has turned out to be a total scam that has only enabled more segregation and higher rental market rates even in the new buildings the Housing New York plan was meant for. The only thing CONY has accomplished was more generous rezonings and upzoning permits going to real estate developers and less housing for multitudes of working class people and families. Maya Wiley not only helped de Blasio with his 501 c 4 PAC Campaign for one New York and ran it in City Hall, she wrote the blueprint and loopholes for the most unethical and sleaziest pay to play corruption in recent #NYC History.

Fortunately for Miss Wiley, she left the administration just as the Southern District Court and the NY Attorney General’s office were drawing up cases against de Blasio and his putrid inner circle (which got obliterated after Trump fired the guy who was investigating him) and then wound up with her gig at MSNBC.

Maya Wiley left a cushy contributor’s job at MSNBC in July so she could launch her campaign for NYC mayor, but you’d never know she exited the left-leaning network from all the airtime she continues to get.

Since departing from her official role at the channel, the former counsel to Mayor de Blasio has made no fewer than 18 appearances — enraging her mayoral primary rivals and earning criticism from media ethicists.

A Post review of clips found Wiley, 56, appears on shows across the network, mornings and evenings and on weekends. She is frequently introduced as a “legal expert” or professor at the New School. Her work for de Blasio comes up from time to time. But in some instances, she is identified by show anchors as a city mayoral candidate.

“She is getting more airtime than most of the other figures that have declared or said they’re interested. It’s a problematic leveraging of the relationship that she previously had with MSNBC,” NYU Journalism Professor Mohamad Bazzi told The Post. “As Donald Trump taught all of us, these appearances are a gold mine.”

What MSNBC seems to be doing here is trying to influence the outcome of the 2021 mayoral election by inducing a candidate of their choosing with the same methods that a TV show executive board room would come up with a series featuring a strong yet attractive woman role in a high government position similar to something like the hit series “All Rise” with Ms. Wiley playing the role as Mayor of a big city as she is in her current role on the network as a pundit/candidate.

But seriously, the corporate news network and their preferred candidate are playing a very treacherous game. Even though she’s running low in the polls, Wiley is running on her familiarity as a pundit on a cable news network and now that New York City has just legalized ranked choice voting, that familiarity gives her a chance and an advantage on the other dozen candidates and the dozens more that are entering the primary in recent days. But the only distinction she has over her competition so far is she is a shameless cheater. Too bad most of her opposing candidates for Mayor don’t have the balls to say it and make their feeling known by proxy through their campaign staffers (or even the possibility that there is some solidarity protocol amongst them so they can get hired as aides by the eventual winner).

As for Maya Wiley the candidate, she has absolutely nothing to offer besides generic platitudes, vague policies and is clearly in love with herself. If she even gains any traction or by fluke wins the primary and election, she will turn de Blsaio II. Or more accurately Co-Mayor McCray II. In fact, with a coterie of former aides to the Blaz from his first term coming out to endorse her campaign confirms that her run is going to be a sequel of fauxgressive leadership, unethical crony politics and ineffective and incompetent virtual signal governing.

For now, Wiley is just another neoliberal careerist who exploits that sjw crowd to get what she and her cronies and backers want. Like how they got Joe Biden the keys to the white house without him even trying to win, corporate news is trying to get Maya the keys to Gracie Mansion.

For that, her upcoming show in City Hall must be stopped and her campaign should be cancelled.