50 years ago today, heavy metal pioneers Led Zeppelin and Atlantic Records released an album with no title with a gatefold jacket cover that featured portrait of a man hauling a bale of branches hanging on a wall of a dilapidated shack. Then when the needle hit the first groove of Black Dog, rock and roll and many other musical genres would fundamentally change for infinity.

Starting with of course Black Dog, as Robert Plant conjures up the mojo of every Blues artist dead and alive singing and screaming about some mama that he finds attractive as Jimmy Page conjures maniacal riffs and flashy soloing on the songs coda over John Bonzo Bonham’s behemoth proto speed metal and hand jive beats.

As Black Dog ends with a long fade out, Bonzo comes on with the biggest and loudest beats ever committed to wax since Wipe Out in the intro of Rock And Roll, as Page comes off with another bunch of solo infused riffs to go along with Bonzo’s  and Jones hard driving rhythm. Page’s actual solo on this track is batshit unreal, he’s clearly engaging in guitar wankery and musically calling out his fellow Yardbird alumni Jeff Beck and Eric Clapton, saying I’m the fucking show now. In fact, Page is also throwing major shade at fellow guitar shredder Pete Townsend who insulted his band at Zep’s first shows by saying they’ll crash like a lead zeppelin, for which Page took the piss out by using that dis.

Like the previous track, Plant’s horn dog lyrics shows a bit of depth here, not only describing the genre in nostalgic terms but also as a woman he lost and is pining for in the chorus. “It’s been a lonely lonely lonely long time”

With a title like Battle of Evermore, it’d be assumed that it would be a doom laden metal track akin to what rival metal gods Black Sabbath was releasing at the time (who came out with Paranoid a year earlier) but it shockingly turns out to be a straight up celtic folk song. Although it’s a massively heavy metal celtic folk song; Jimmy Page, who produced the album, cranks the mandolins way up to 11 on this track, showing you don’t need Marshall Stacks or gain pedals to rock hard (a creed Tenacious D would heed four decades later). Taking inspiration from the Tolkien’s Lord of the Rings trilogy, Plant and Fairport Convention’s vocalist Sandy Denny trade verses over Page and John Paul Jones battling mandolins.

Evermore’s long fade out gives a moment of silence between grooves leading to the lilting immortal notes of Led Zeppelin’s magnum opus Stairway To Heaven.

The most overplayed song on classic rock station’s limited formats for 30 years now has surely been described and praised umpteenth times so now I get to do it. Plant’s impressive poetic lyricism and mysticism of this song makes it as identifiable as the repetitious gorgeous chords going along with it, even if the abstract lyrics don’t make much sense to the listener (but most songs don’t, which is what’s great about rock and roll, after jamming music at full blast you can decipher the meanings later). But Page’s equally brilliant song structuring and production keeps pulling you in, as the acoustic guitar and clean electric guitar chords gradually increase in volume, then the tempo changes on the bridge when Bonham comes barging in, getting ready for Plant to finish until Jimmy Page strikes the first majestic chords which were clearly designed to get an army of knights to charge in a rally and a stadium of people on their feet. Page then proceeds to play three minutes of the most soulful guitar shredding of his musical career.

Wisely keeping their greatest song at the time on Side 1 of the record, keeping listeners wanting more, Side 2 begins with Misty Mountain Hop, a romping stomping simple rock song with Plant goofing on hippies and engaging in vagrancy while referencing Tolkien again. Paul Jones organ riff gets more emphasis here that Page follows along to, but Bonzo gives this silly song super aggression with his gargantuan snare and bass drum hits.

Then Zep gets evil on the menacing metalbilly beat driven and heaviest song on the album Four Sticks. It’s also the album’s most minimal and simplest song too, Plant is basically singing about breaking up with a woman or getting away from a groupie and it’s the only track where Page doesn’t do a solo. Mostly it’s a showcase for Bonzo’s inventive and distinguished drum techniques, because the  title is named after the four sticks he used to play this song.

Like with Rock And Roll, the band follows up with another folk music track, the stunning Going To California, Plant’s lyrical homage to the golden state brilliant singer songwriter Joni Mitchell, beautifully accompanied by the acoustic guitar strumming of Page and Jones.

As Page lets Going go out with a long fade featuring Plant haunting moans sounding like shadows in the distance, the silence on the groove gets disrupted by Bonzo’s massive foot stomping snare cracking pounding on When The Levee Breaks, complimented by Page’s devil conjuring slide guitar riffing and Plant’s caterwauling harmonica playing which doesn’t stop until the end of the song, truly rock and roll’s and metal’s first headbanger anthem.

Lifting the lyrics from a 40 year old song (at the time) by seminal blues singer Memphis Millie about a flood in a Kansas City town caused by a dam that broke and destroyed everything in its path. This metal classic is the perfect polarizing bookend to the Stairway opus on side 1. The most apt description of this song I can think of for this monster jam was written by Creem rock scribe Chuck Eddy who called When the Levee Breaks “the Stairway to Hell”.

Led Zeppelin’s fourth album, terminologically known as IV or Zoso, would influence generations of artists and bands expanding genres of all kinds, from every subgenre of heavy metal to hip hop. Like rock and roll benchmarks Sgt. Peppers and Are You Experienced? and Paranoid, its not just a classic rock or metal album, it’s also a living musical document that continues to transcend time and space and it still blows away everything to this day (which isn’t that hard). So go get your record,tape, CD or your fucking file and blast it this week, especially when the drums and solos come on. 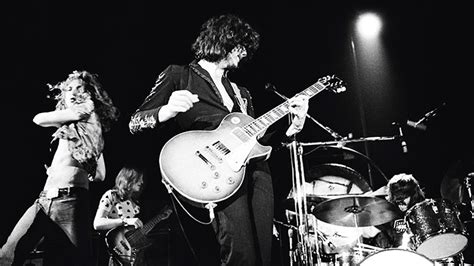 One thought on “Led Zeppelin’s Zoso Is Five-O”