So this happened on a Sunday in broad daylight on the first day of Spring in New York Fucking City under Mayor Eric Adams. Two men causing a ruckus on a street corner at Lefferts Blvd. and Liberty Ave yelling at each other about a money dispute that nearly got even more violent and bloody when one man pulled out what looked like a 24 inch bike chain and the other man retaliated by whipping out a very polished and sharpened meat cleaver in an attempt to defeat his foe and stain it and the pavement with his blood.

Since everyone in the vicinity of the ruckus was just standing around gawking, I ceased filming and called 911 and the NYPD responded mighty quick. The two cops then drew their guns and the perp complied fast and dropped his weaponized food preparation utensil. After the man continued to argue with the cops still pointing their barrels on him, he turned around and they slapped the cuffs on him.

As the cops had the situation under control, one of them called for backup. Then more cops came.

And then even more cops came…

The amount of cops that were deployed here for one man was quite stunning. Normally would expect this response would be for a gang fight or even a protest. Especially the way these cops arrived and parked their patrol cars to the crime scene. Makes one worried that one of them might just come rolling in like Frank Drebin.

While the NYPD managed to prevent chaos on the sidewalk stopping someone from committing felony assault or a homicide, they managed to cause chaos on the streets creating congestion with their haphazard parking. With all that deployment, not one cop directed traffic to lessen the gridlock at one of the busiest intersections in Queens.

But this is sure a good way to start off the Spring in the Dirty South of Queens. In fact, less than 48 hours before two blocks north from this corner on 101st Avenue, a man shot two off-duty C.O.’s after he got bounced out of a jiggle joint by Lefferts.

Be aware of your surroundings kids. 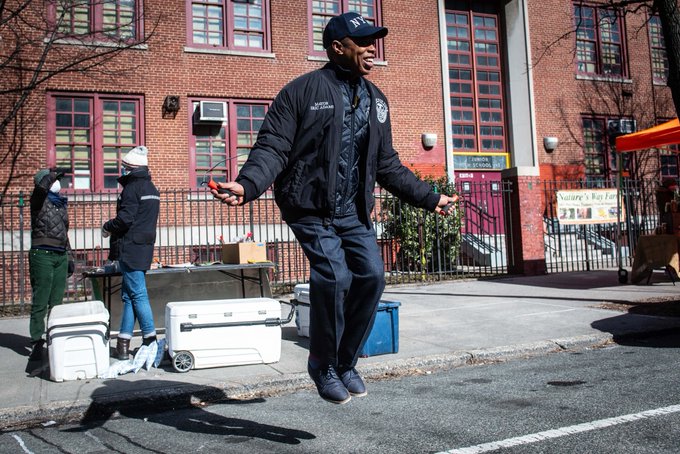