It is done. It took 2 and a half years to renovate and restructure. It took so long that the station looks unrecognizable. Maybe because thousands of people aren’t moving at a snail’s pace to exit. For it now looks free for proper egress.

Anyway here it is. 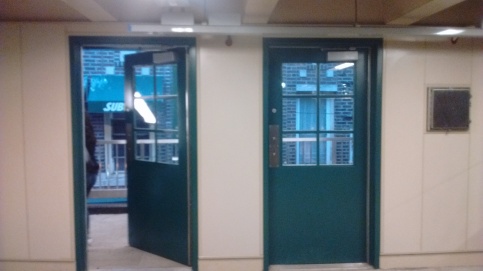 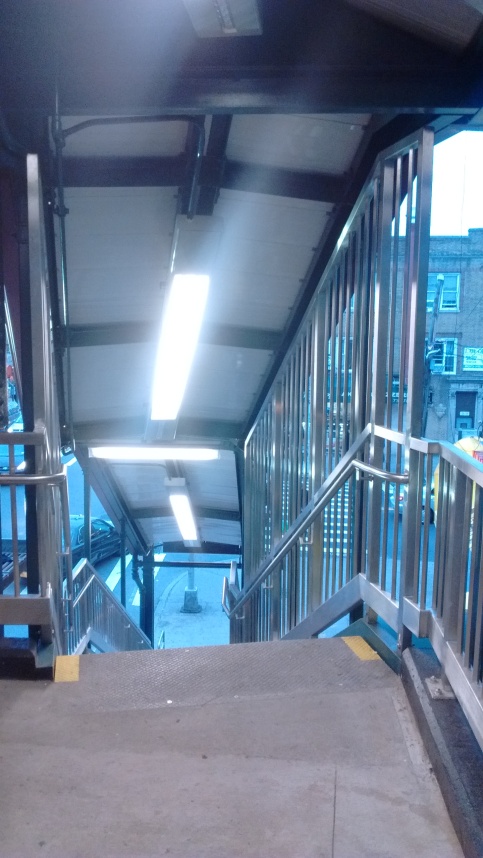 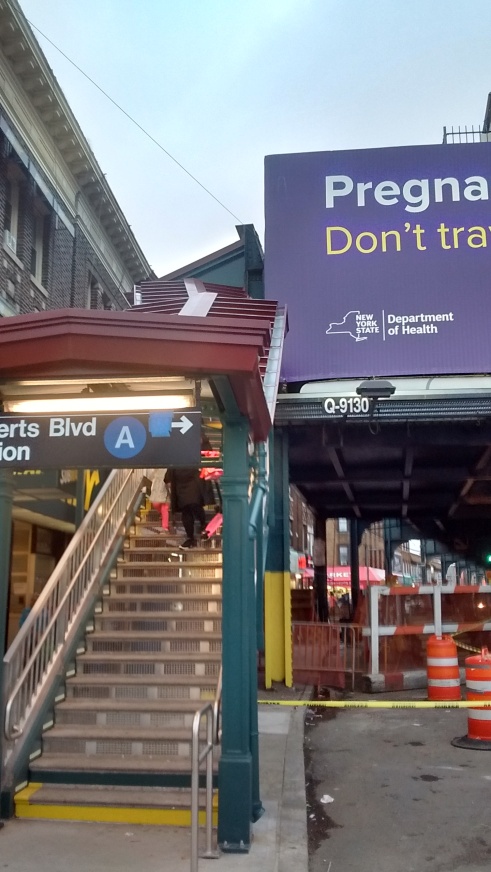 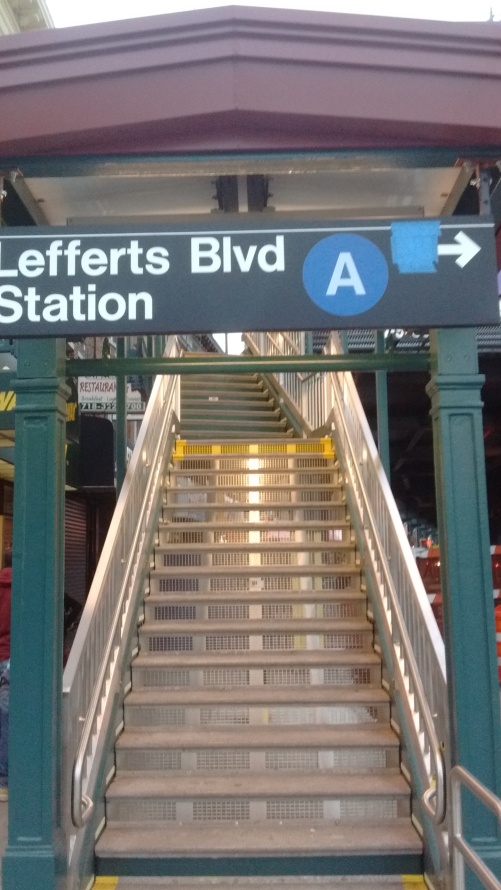 I have to say it’s a bit of a disappointment. It’s satisfying that it’s there and serves it’s purpose, the whole forward and downward motioning of the legs and all and most importantly the convenient path to transfer to the Q10 and Q37 buses heading north and south of the “world’s borough”. But for that long a wait, I was hoping for some decorative squiggly etchings like those seen in Greco-Roman times and all the state and this contractor gave the station could pass for scrap metal collected by your standard derelict or junkie. 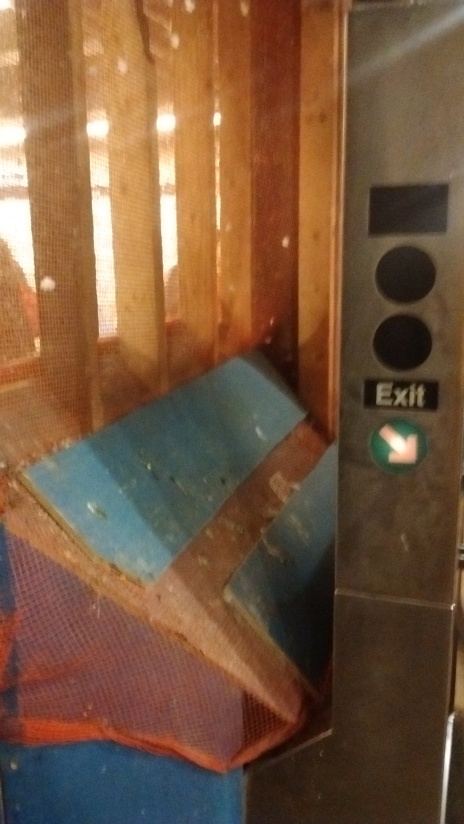 So congratulations and a big “it’s about fucking time” to the worst fucking transit system in the universe for the elongated completion of service improvement of this one station. Now maybe service would improve and commuters will get less frustration for their thousands of dollars spent every year. Especially after the widespread media coverage for their incompetence in the past month alone.

Now get that elevator done stat. There are a lot elderly, handicapped and even lazy people that can use a lift.

One day I received an e-mail from the lovely Reena Roy of CBS Local news, about doing a report about the snails pace of the modernization of the Lefferts station, particularly the elevator. I wrote her back about what I have been writing about since I started this digital publication, about the duration of building the stairs leading to horrible and hazardous egress and the vile bird feces that piled up after months and months of neglect, and the elevator that to this day looks finished but still inoperable. So I wrote her to go for it, and maybe mention my blog.

Ms. Roy and crew must have been there for a while, because they found the MTA’s actual official sign that I didn’t even know was there (this was scheduled to be finished on April 2016) and caught a guy dragging his wheelchair on the stairs. And she went right up to the contractors faces and they immediately clammed up and queried small business owners about the amount of business they lost since construction started (about 50 %) and the obfuscation and bullshit they endured when they wanted straight answers from the worst fucking transit system in the universe (which repeatedly guesstimated “2 months)

The 2 minute report didn’t mention my blog but I don’t care, because a week after it aired on May 22nd, the other staircase suddenly was accessible as mentioned above. So many thanks and awesome job to Reena Roy and CBSNewYork. And I will post again if that elevator still hasn’t moved. Those contractors have a month

And give my regards to Marcia Kramer.