The star of the show.

New York is not only famous for being the biggest city in the world (by default, reputation and hype) but it’s also infamous for it’s potholes which manifest from time to time and also notorious for the tardiness to repair them. But decades riding (and at few occasions driving) in this big city of dreams, I don’t think I have ever seen the creative and quarter-assed way Mayor de Blasio’s Department of Transportation has displayed to remediate or even fix these blights on the roads and pavement. Especially with the usage of traffic cones.

Take the header photo of the subway grating. Clearly the hatch door is missing. Either it fell off or some enterprising derelict managed to rip it off and sold it for scrap. Or maybe by a MTA low paid contractor worker.

Despite how hideous and hazardous that looks, it doesn’t remotely compare to what the DOT is enabling or even ordering to temporarily remedy new road hazards on the streets this summer. Like this patch job on Central Park West.

Looks like something went wrong on this road here, which looks like it was milled and repaved not long ago.

Looking at this, I had thoughts of what else could be down there. Although I am partially glad that it the city affixed this hole, even if a rabbit won’t be able to make it to brunch with the Mad Hatter. Anyone could have rode over it and got a nasty flat or even ruined their wheel. Or maybe fall into another dimension or time. Other concerns I had was some sort of entity (or entities) that would rise from the depths of the netherworld like those shadows in “Ghost” or even worse a hipster version of Chutulu.

Take a look at that depth, that’s about the size of the standard foot and a half high cone that are frequently used. Usually the safety standard would entail that inverted cone and a few others to surround that hole and obviously for a work order to close the street to repair it. But now the D.O.T., which is ever so busy with other things like shutting down streets for film shoots and helping arrange fun festival weekends barring driving on weekends, is now just looking at these spooky craters and putting a big orange cork in it.

After placing a message on the city’s social media account, the void did get remedied as it got tagged for eventual repair.

They also stuffed it with what what looks like powdered sugar covered wet paper towels.

After this I thought for sure the city won’t be stupid enough to be this lazy and careless when the next hole appears. But I stood corrected and beside myself when I saw this asphalt buttplug again in Hell’s Kitchen.

This one was even worse. Fortunately this hole was actually not much of a danger to cars being that it was pass the crosswalk and away from the lane, but one could easily fall into the abyss walking, skating or riding on it. Especially when your staring at your phone screen like a stupid junkie.

To be fair, the DOT are still applying these orange cones properly for the majority of unsightly road hazards, when the holes are too big to use them as buttplugs.

But the de Blasio’s D.O.T.’s shiftlessness is not limited to the lame efforts and solutions to warn citizens of road hazards, it also applies his Department of Environmental Protection for our dilapidated water catch basins. Especially the ones in the perpetually ignored neighborhoods in Southeast Queens.

Like this one here. This fucking wreck in South Richmond Hill has been like this for about a year. There’s suppose to be a big metal thing there on top. It’s a wonder how the city is able to lose parts like that and how mindblowing it is that they don’t immediately replace it.  Supposedly some homeless people or junkies find it (or pry it out themselves) and sell it for scrap too.

This gives the impression that the city contracted Fred Flintstone’s employer Slate Quarry to renovate it. 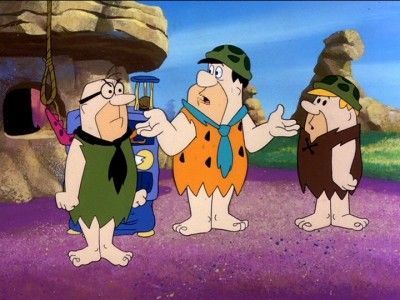 Then there’s this abomination:

I want to mock this with another cartoon analogy but it’s just too repulsive. Fortunately, it probably will get repaired since it’s on a corner and it’s part of the citywide renovation to make them better for the handicapped.

And isn’t it nice of the de Blasio’s D.E.P. to provide a one legged girder along with a taped orange cone? It’s the equivalent of tying a string on your pinky to remember something.

It’s not the case for this cavernous basin though:

It looks like the D.E.P. noticed this too while they were still around town. So they had a spare leg, girder and orange cone to remedy any resident’s worries.

Surely, this was encouraging that remediation was on the way. But as Staten Island rock heroes Anthrax used to say…NOT!

Unfuckingbeilievable and rigoddamndiculous. The D.E.P.’s saw fit to blacktop patch the hole and reinforce it with some discarded wood and just removed the leg from the fucking girder and left it there. Yeah, that looks durable, schmucks.

Who knows what 99 cent store inspired dinky fixes this city will to do our slowly crippling infrastructure. Because potholes don’t discriminate.

From Richmond Hill in Queens

To NoMad in Manhattan

Rest assured that these holes will get the standard safety cone buttplug treatment, as it’s now being applied to broken off parking sign poles like this one:

And citizens, if you see these holes, say something about them. The city’s social media accounts do respond fast. But if results aren’t manifesting fast enough, don’t be shy to be proactive and do it yourself. How hard can it be to shove something in a disturbing looking hole.

2 thoughts on “Affixing A Hole”