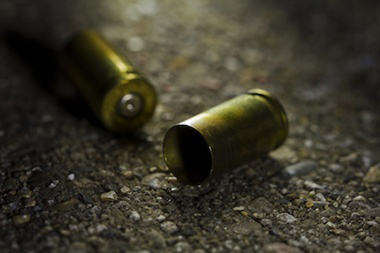 With shootings in the city up 87 percent this year and murder mushrooming by 34 percent, the NYPD needs cooperating witnesses more than ever.

But they are coming up against a wall of stony silence. And cops and prosecutors point to myriad reasons.

“The community helps solve lots of different types of crimes,” Giacalone said. “When the public doesn’t trust the police, the information stops flowing. And that information is vital.”

Then there is the rising tidal wave of gang violence, where scores are settled on the streets and not a court of law. Gangbangers rarely talk.

“It’s a challenging time,” said NYPD spokesman Al Baker. “There’s an anti-snitch culture that’s taken root amid a level of violence that makes people reluctant to cooperate with our investigators. But we work every day with our partners in the city’s district attorneys’ offices to combat this culture and to solve crimes and help ensure public safety.”

“Old-school policing, where good officers would meet with people on the street to gain information, has dwindled,” he added. “Many witnesses know that their personal information will be available and possibly get out to the defense team.”

Under the new rules, prosecutors must give defense counsel the name and contact information of anyone with information relevant to a case within 15 days of arraignment — ­regardless of whether the person will testify at trial.

One seasoned Brooklyn detective said the new discovery rules have a lot to do with cops being stonewalled. “Witnesses ask if the shooter will get their name and they are told, ‘Probably yes,’ ” he said.

He said he used to have cooperating witnesses in about 75 percent of cases, but “now I would say we get witnesses in less than half of the cases.”

The old saying on the streets is “snitches get stitches” but apparently with the ill-written bail reform laws that were ratified at the start of this horrendous end of the decade will get you a lot more if you catch a bullet. Because now to go along with the rise in shootings is a rise in silence by those who got shot.

This also may be why that retaliation might be a huge factor in the rise in gun violence, which have saw massive gains in all of Brooklyn, the Bronx, uptown and uptown Manhattan, the Southeast parts of Queens and incremental gains in downtown Manhattan and northeast Queens.

Besides the masks to thwart recognition from being caught on cameras in the vicinity while committing these crimes, most of the streets are still desolate at all times of the day because of the pandemic. Which is made even more empty with bars and restaurants being shut down still.

This bail reform law was designed to bring down inmate population in prisons most notably Rikers Island to make way for four tower prisons in four boroughs that no one wants. Sorry, no sane person wants. The list of crimes that are exempt from judge’s decision to set bail are mostly based on the most violent and devastating acts you can commit on your fellow citizens and damage them for life mentally and financially. And a majority of them are burglaries and robberies, which are usually committed with the use of a gun.

The ramifications from them has upended prosecutions, scared off willing and courageous informants, and let loose the most violent recidivist criminals to commit more offenses. Which has led to double the amount of fatalities than there were last year at this time.

To make some sense of this chaos through revisionist history; if these bail reform laws were around in the 90’s, I really doubt some two bit versions of Henry Hill or Sammy the Bull Gravano would have been able to tell their stories and take down their respective mob families, crack kingpins would have had more territories and it would have took Giuliani and Bratton, Safir and Kerik more time to bring down crime rates.

And say if Micheal Meyers attacked his kid sister when he escaped from the mental hospital, but got caught and then got arraigned, these bail reform laws would have sprung him and gave him info of where Jamie Lee Curtis was hiding out and “Halloween” would have ended a lot earlier. PJ Soles might have even survived.

That’s probably stretching it a bit much, but there’s are a lot of other ways to describe the impact from the Summer of Guns, that looks as like it’s going to continue as the leaves fall and the nights get longer. The city’s got a 15 week streak of gun violence and cops cannot get any word from the victims even when they are having their last breaths, and good luck getting witnesses to help out. The sad and sick part about all this is that the majority of people getting hit and killed are all Black and Latino lives and they are getting wiped out by other Black and Latino lives, so basically when these virtue signalling lobbyists were pushing to have these reforms enacted and then those elected who decided legislate those edicts has endangered all of them even more.

A new saying on the streets is “White silence leads to violence”, mostly uttered by current/White activists marching every day and written on social media in solidarity for Black Lives Matter. Too bad that their own silence about the violence not at the hands of a crooked cop but from the hands of a Black or Latino man and the subsequent silence of the victims of gun violence doesn’t warrant the same solidarity or even attention from them.