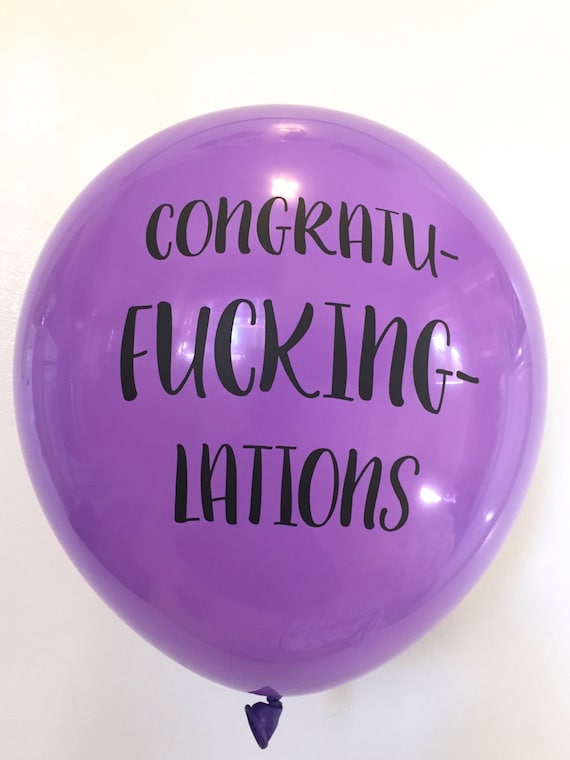 In what I admit could be an abberation in the usual posts that get written here, here is an actual good news bulletin and sign of albeit late ass civic progress. As reported here since this digital publication’s inception, it took almost 4 years, but the main entrance of the Lefferts Blvd has completed with the activation of the elevator! And it actually is quite shiny and nice. It officially got turned on about a few weeks ago about 4 months ahead of the proposed 3th quarter deadline.

Hard to believe this took almost half a decade. But at least the essential part of the station is done being that it’s by the death defying horror show intersection that is Liberty Avenue and Lefferts Blvd where two accordion buses stop every day, making egress to the street finally a satisfying routine.

All is not well though, for it’s still the worst fucking transit system in the universe. For there are still bollards, barricades, equipment, vehicles and miscellaneous debris and materials cluttering the curbs taking up two blocks worth of parking spaces. For the station exit and entrance at the west side of the station are still under renovation. 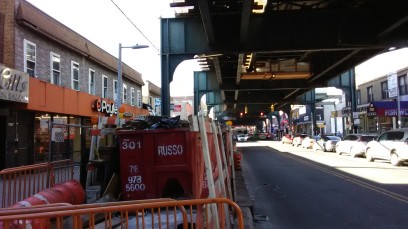 Why the continued cantankerous position with this? Because it looks like the elevator finally got the long overdue fast track initiative when the new sheriff of the MTA came to town from Toronto, Andy Byford who is a big stickler when it comes to the handicapped commuters. For MTA brass clearly noticed what he accomplished by making Toronto’s transit system entirely handicap accessible while cleaning up his new office.

It is a tad surprising that they got the elevator operating, but all that street hoarding under the El looks like it’s going to remain there a while and perhaps might pile up more. When I saw the first card sensor on a turnstile and the dumbass energy wasting digital screens inside train cars a few weeks before the grand debut of the Lefferts Lift, I almost plotzed.

The rush to get these out there is pretty goddamn stupid and no doubt at huge expense, especially that the screens were installed on the old cars that are being planned to be replaced by a new fleet and the payment method won’t be implemented until 2019 and has the potential to fail and be prone to errors. The MTA decision to start a rummage sale of all their “antique” discarded signs, seats, benches and garbage cans, is a pathetic shitty way to start to re-accrue these moronic expenditures. The funny thing is that those antique garbage cans, which were misguidedly decided to be removed from the platforms in an attempt to curb litter and rodent colonies, can obviously still be useful.

Cynical observations aside it is a timely tiny miracle the Lefferts Station entrance got done, for the MTA is still having massive FUBAR snafus, being all the other various problems the system has got going for it this year.

Like the new countdown clocks which are already showing consistent inaccuracies and placed in ridiculous hard to view spots.

A thorough 21st century modernization of the Penn Station hub has exhibited a massive wall to wall crack on the floor just a short few months after the state of the art passageway opened.

That a lot of delays are actually caused by commuters looking down at or diddling their fingers on their cellphones as they enter and exit trains, giving the effect of a herd of lobotomized sheep or herd of cattle slowly marching to getting shed or milked or to their certain death.

That small businesses along the north elevated tracks in Astoria have lost 50% of their customers because of the storage of materials and vehicles for way overdue renovations hogging parking and sidewalk spaces.

And of course the obvious long overdue shutdown of the irresponsibly neglected Canarsie Tunnel on the L line. As doomsday draws near in just another year, the MTA and the city still doesn’t have a concrete plan for commuters, especially the effect it will have to the already crushed sardine boxes on the Queens and Brooklyn lines. It looks like the appointed subway ambassadors will have to update their itineraries and probably have to don body armor or chainmail to ward off the frustrated masses.

But most fortunate of all for the citizenry reliant on the Lefferts Station to start and end their grinding workdays and the easement of physical stress on the aged and infirm is that it has evaded the perpetual distraction nonsensical battle of half-wits and directionless obstructionist feud over transit and transportation funding and policy making between the neoliberal bags of dead dicks and shit Mayor William de Blasio and Governor Andrew Cuomo.

Mario’s son has gotten deserved heat for his rush to open the four stop 2nd avenue for his grand opening suarez. Since that day and his proclaimed summer of hell, he has allocated and spent billions on boondoggles, minor transit extensions, and prioritized profligate ornamental improvements over infrastructure improvements in the city’s dilapidated subways, like the aforementioned newly cracked and ruined floor at Penn Station.

There is the recent decision by Cuomo through his intern commissioner Joe Lotha to add a third track on the LIRR between two close stops for a (not so) cool $1.8 billion. There was the not surprising revelation that the cashless and humanless toll booths in the past 5 years incurred over 80 million dollars in lost fares and fees.

And for shits and giggles in an egregious stunt that would make Chris Christie share his taco bowl with Mario’s son, the governor emailed commands to his MTA staffers relayed to transit supervisors to defer most of the blame for power failure transit delays to Con Edison by cooking the books on the number of them four-fold just so he can justify his tainted stats while doing his occasional Excelsior shirt sleeves rolled up subterranean photo op to divert attention from the generally known fact of the consistency of the antique signal system breakdowns.

And the topper might be what Guv’ner Andy announced in the state of the state and of his delirious mind when he promised to build another subway tunnel going to Red Hook, Brooklyn by extending the local 1 train from downtown Manhattan to coincide with the prospective hyper-development plan in a hurricane flood zone to build affordable luxury towers and a park there for the next hipster pilgrimage. This was considered as Trump’s tax cut law, the Oligarch Welfare law, will put a stop to that plan just like it officially did on the extension of the 2nd Avenue Q line to 125th Street.

Mario’s son’s costly congestion pricing plan to fund transit took a big hit when Doug Schifter took his life in protest of this extra tax on struggling independent cab and delivery drivers. And de Faustio millionaire tax plan, which he pilfered from assemblyman Michael Ginaris, is seeing absolutely no support at all.

As for the perjuring mayor of the city where the subway runs, well, apparently it did not deem worth a mention either an acknowledgement in the new city budget which actually exceeded 4 billion dollars from last year. Yet somehow his staff and his real estate donors lobby group is still pushing for the BQX line to get built despite the lead cheerleader quitting on them and a study detailing it’s unsustainability and ballooning costs and it’s unpopularity from the furious residents living by the prospective tracks.

Mayor de Faustio stubbornly refuses to contribute to fund the subway re the emergency plan put forth by Lotha for the city to contribute a little more than half of the $800 million needed to improve it (It actually should be more), for the reason he repeats that the state should pay for it entirely and that they squandered earlier city funding. He would have a point and a justification to his obstinancy if he wasn’t supporting that cruddy BQX, and how he ordered his MTA picks to blow off $200 million for station fixes  because the stations he wanted done were for areas that are in his gentrification fostering and escalating mandatory inclusionary zoning plans for East New York and the South Bronx.

Although de Faustio did find some loot, about a couple million, for an express bus route to Rikers Island.

This summer, the city will also test-run express buses shuttling people directly to and from Rikers out of two public-transit hubs in Manhattan and Brooklyn. The jailhouse jitneys will cost taxpayers $846,000 this fiscal year and $1.69 million each year after that. The DOC wouldn’t yet say if the shuttles will be free to ride.

Both them do share common ground when it comes to the rent and food burdened poor straphangers, since they both saw no need to alleviate their struggles by denying them extra transfers and reduced-fare cards. But as for the funding concerning the maintenance and sustenance of the worst fucking transit system in the universe, of which both are mostly responsible for it’s status, their sniveling petty little rivalry continues as riders get fucked over for another year and possibly infinity.

For now, the Lefferts Station is the only aspect of this fucked up transit system of this broke ass city and state that is worth admiring. Even if it’s only for the few minutes entering and exiting it during the elongated overcrowded ride to Manhattan and back. Making it the approximation of a commuting shit sandwich.

It was a four year wait, but ultimately, as with all the chaos that will ensue with all mentioned, it was actually worth it.

It will break down in a month or two though.